So today, Eugene came to school. Eugene is my 7 year old Mexican milk snake. He was given to me after graduation by my college advisor, who is one of the most amazing educators and people I have ever met. Eugene is the love of my life, and the sweetest thing you can imagine. He loves to cuddle, and absolutely LOVES the one day a year he gets to go to school and visit the kids.

He and I visited many classes throughout the three grades at school- seven in total. The kids were FASCINATED. Almost all of them anticipate him to be slimy and vicious, when in reality he’s dry, smooth, and very sweet. One of my biggest surprises was introducing him to Samina, the girl who I had worked with the majority of this school year. She, like many fifth grade girls, is quite the girly girl, and I expected her to not even touch (or barely poke) Eugene. To the complete contrary, she loved petting him so much, she followed me throughout the classroom as I show him to the other students. She just kept smiling and saying, “THAT’S Eugene!” We had talked about him several times this year, and I guess the affirmation that he actually exists was a big deal for her. She wasn’t scared- not even timid.

There were many kids today who were initially FREAKED OUT by Eugene’s presence, but calmed down and were actually very calm around him after I gave my spiel about how the milk snake gets its name, what he eats, and even how he and I snuggle frequently. Even if I changed the opinion of one student, it was a productive day! As the biology nerd that I am, I believe that every single creature out there is unique and special and deserves to be treated as such. Yes, even snakes.

****UPDATE: A student approached me the next day asking for more information about snakes. She had asked her mother if she could have a pet snake and her mother agreed (under certain circumstances)! 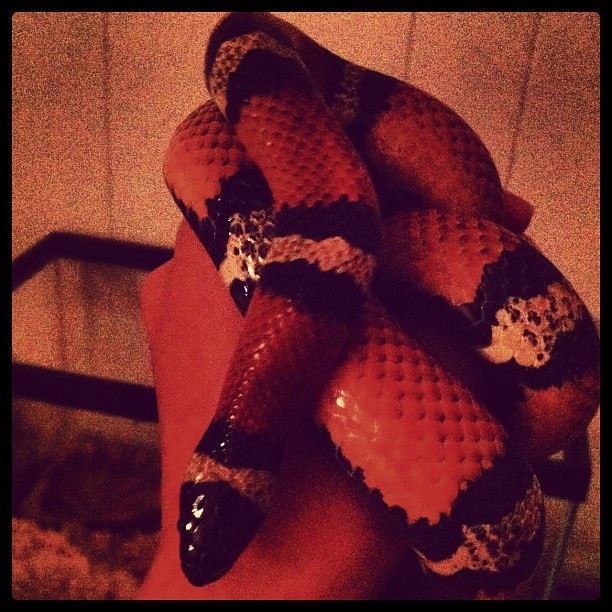 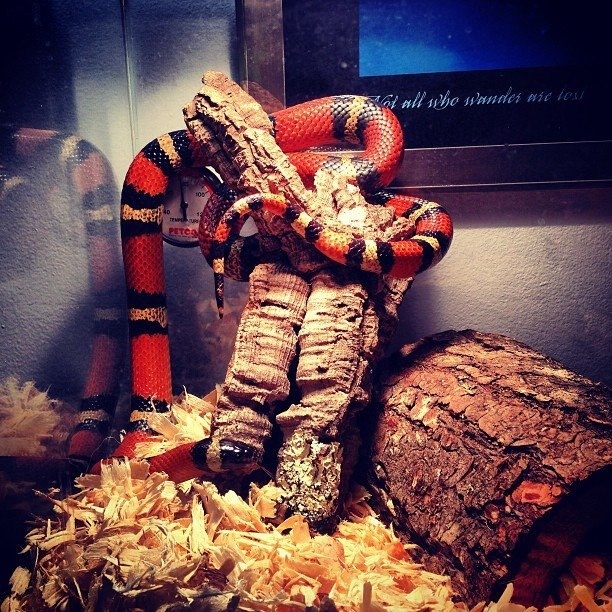 Just a twenty-something girl fumbling her way through life and what it throws at her! I'm at fur-mommy to three and a wife to my favorite guy in the world. <3 View all posts by amyktest